Since its foundation in 1999, Mellanox has grown from being a manufacturer of IC microchips to a global leader in the manufacture of end-to-end InfiniBand and Ethernet solutions for the high-performance computing, data centre and storage sectors. The manufacturer is now part of HCD Consulting’s Data Centre and Network portfolio.

Mellanox‘s success is founded on the development of its own ASIC chips because, by developing all the components completely in-house, the hardware and software can be ideally matched to each other. This doesn’t only result in improved performance, but also in lower prices. Less hardware is required, so there is reduced consumption of raw materials and electricity – and subsequently a smaller ecological footprint. Mellanox hardware is therefore perfectly adapted to the requirements of high-performance computing.

As an end-to-end manufacturer, Mellanox sells all the necessary components for a powerful and future-proof data centre. The ConnectX product family offers multi-protocol network card ICs which can provide speeds of up to 200 Gb/s – via InfiniBand and Ethernet. In addition, the BlueField IPUs offer further options for individual solutions thanks to the integration of 64-bit ARM processors. The network cards are complemented by switch, cable and transceiver products enabling an end-to-end solution from a single source. Mellanox products are also compatible with Ethernet products from all leading manufacturers, so it is also possible to realise multi-vendor environments.

Convergent networks are the future

Although InfiniBand technology has offered the best results for networking within data centres up until now, it is becoming increasingly important to think in terms of convergent networks, in order to be ready for future demands. Nowadays, data centres are less often considered as sealed data silos but, instead, must be flexibly scalable and closely linked with the internet or cloud environments. This is why the focus is increasingly on Ethernet and multi-protocol networks in data centres too, even though InfiniBand will continue to remain relevant due to its low latency and loss-free transmission.

To meet the requirements of convergent networks, Mellanox uses Virtual Protocol Interconnect (VPI) technology. This enables multiple communication protocols and network fabrics to be operated alongside each other. Each port on the ConnectX cards can be operated independently in an InfiniBand or Ethernet network. This enables flexible and heterogeneous structures which can be adapted flexibly to current needs.

In addition to VPI, the network adapters also support multi-host technology from Mellanox. This enables multiple computing and storage hosts to be combined in a single adapter. The multi-host technology enables the adapter’s PCIe interface to be separated into multiple interfaces – which can be connected to separate host CPUs. This enables implementation of scaleout computing and storage racks with a direct connection to the computing, storage and network components, offering maximum computing performance and data transfer rates.

Improved HPC performance thanks to offloading

The offloading capacities, which can be used both for InfiniBand and Ethernet, are another advantage of the Mellanox ConnectX series. This includes implementation of RDMA and RoCE (RDMA over Converged Ethernet). A variety of protocols are supported here, such as iSCSI over RDMA (iSER), NFS RDMA, SMB Direct and NVMe over Fabric. PeerDirect technology with NVIDIA GPUDirect RDMA can also be used for GPU-dominated computing. The latest generation of ConnectX ICs supports IPsec, TLS inline data-in-motion encryption and AESXTS block level encryption, so that the adapters are also able to take on security tasks. The network cards with BlueField IPUs are extended by ARM processors and can therefore take on further, specialised offloading tasks. 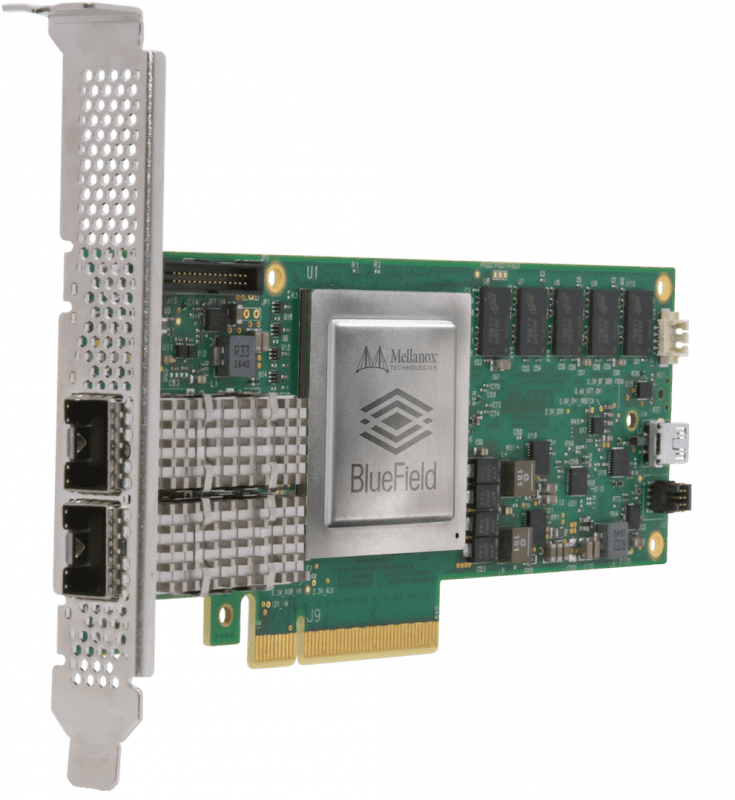 Thanks to their ConnectX ASICs, Mellanox’s intelligent network cards do not only offer high data rates, but offload capacities too. In the latest generation (ConnectX 6-Dx) the ConnectX cards provide up to 2 ports with 25, 50 or 100 Gb/s as well as one port with up to 200 Gb/s with InfiniBand and Ethernet connectivity.

The BlueField I/O Processing Units offer the capabilities of the ConnectX network adapter combined with a 64-bit ARM multi-core processor and a high-performance memory controller. This enables network, security and storage tasks to be outsourced to the BlueField IPUs.

In addition to the ConnectX-5 IC, the Innova SmartNICs have an additional on-board FPGA, which is particularly suitable for Verilog FPGA. 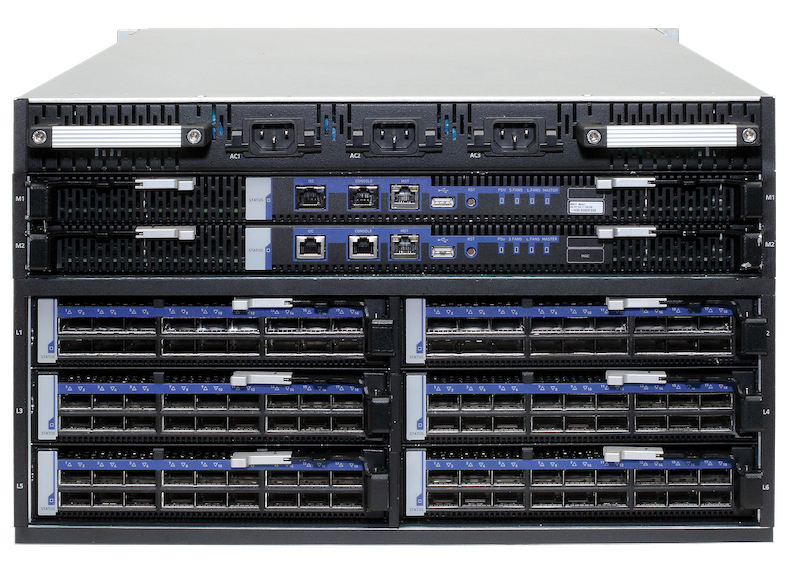 Switches from the Spectrum and Spectrum-2 series have impressively high data rates, with port speeds between 1 Gb/s and 400 Gb/s as well as a wide range of form factors from 16 to 128 ports. Additionally, the switches provide many software tools for administrators: to prepare the switches for their tasks and to simplify management.

The InfiniBand switches are optimised for high data throughput with ultra-low latency and are therefore particularly suitable for high-performance computing data centres. The switches provide up to 200 Gb/s per port and can support latencies of less than 90 ns.

The LinkX product family offers cables and transceivers for cloud, HPC, telco and data centre applications. Mellanox is the only company offering interconnectors for speeds of 10, 25, 40, 50, 100, 200 and 400 Gb/s. The products are available for InfiniBand and Ethernet protocols, SFP, QSFP and OSFP form factors, and distances between 0.5 m and 10 km. All cables and transceivers have been tested in an end-to-end environment and guarantee a bit error rate of less than 1E-15, making them leaders in their field. 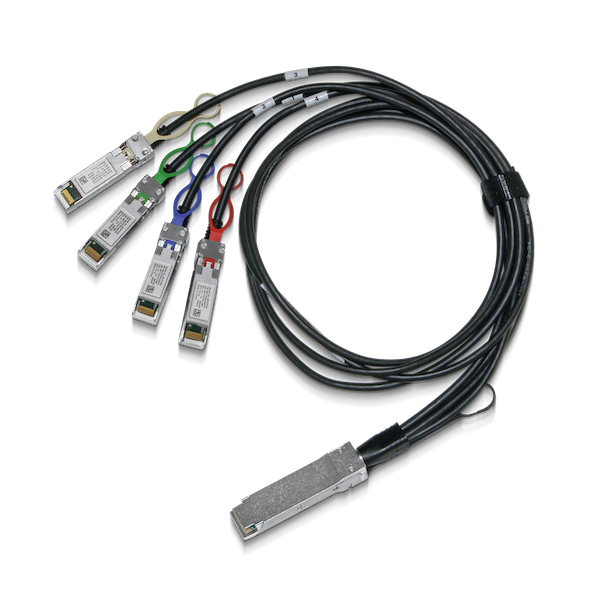